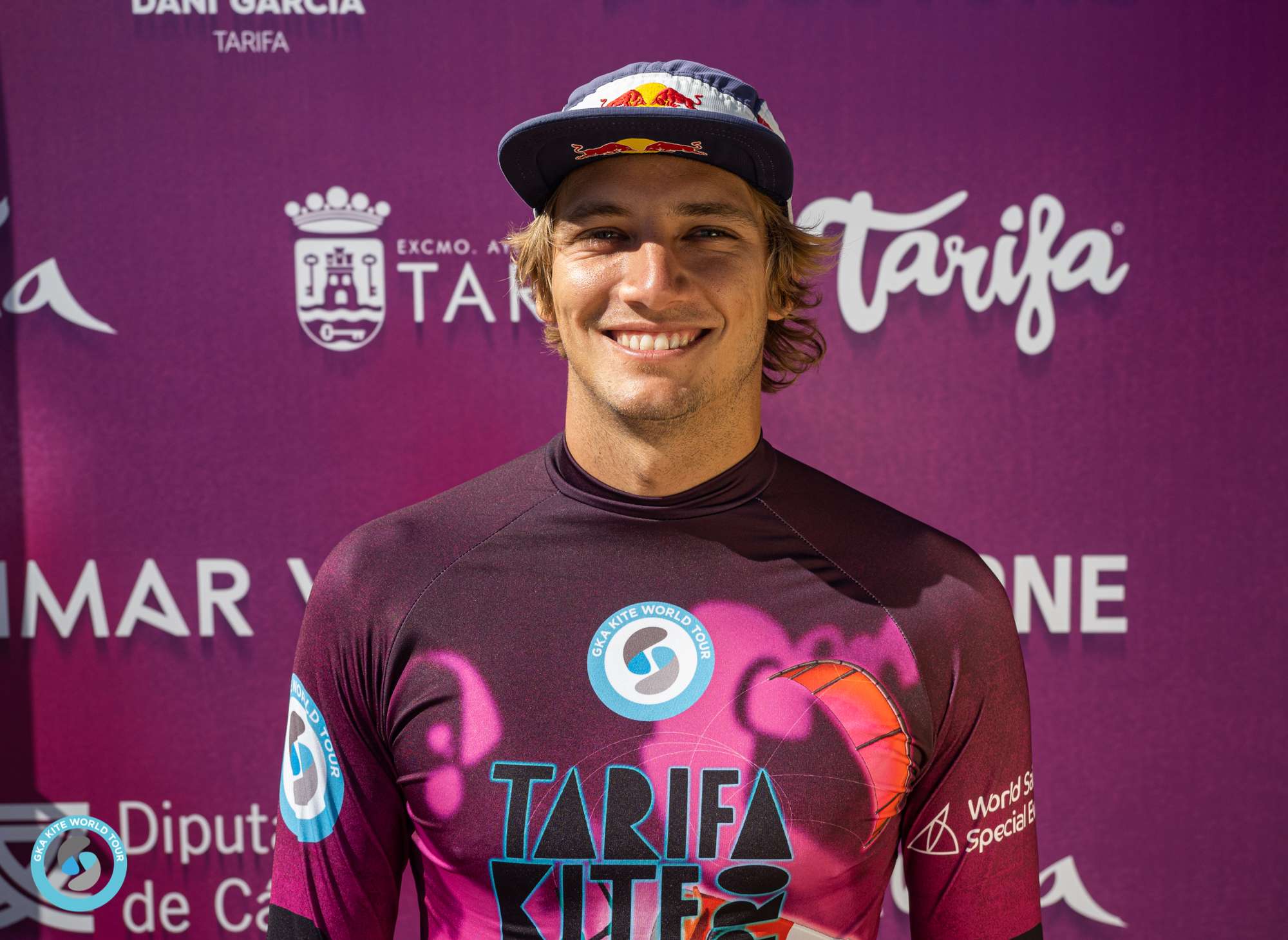 The GKA Freestyle World Cup took place in Tarifa between the 22nd and 27th June 2021. This is the first event of the 2021 season. Tarifa, situated in Spain, is the international kitesurfing mecca in Europe. Hell yeah, I waited for a long time to compete in Tarifa. I was stoked to finally compete together with my girlfriend and some kitesurfing friends.

The GKA Freestyle World Cup counted the registrations of 40 riders from 16 different nationalities who flew to the wind capital of Europe for the competition. I trained so hard during my trip to Egypt before going to Tarifa. But the event did not happen as I hoped it would be. The conditions in Tarifa were extreme, which resulted in a consequent shift in the disciplines. We moved from a freestyle competition to purely big air. Anyway, guys, what I recall from my experience in Tarifa is the amazing vibes we had with all riders, friends and I also had my girlfriend competing. We stayed at a really cool location, had some fun, and had a great time together.

What’s the particularity of Tarifa?

Tarifa is a coastal town in the Cadiz province of the Spanish Andalucia region. This location is unique as it is where the Mediterranean and the Atlantic oceans meet. It lies on the Costa de la Luz, known as the Coast of Light, and across the Strait of Gibraltar, facing Morocco, 8.9 miles from Africa. This is the point in Europe from where you can see Africa. The incredible wind at Tarifa can reach 40 knots because of its position at the narrowest point of the Strait of Gibraltar. Nevertheless, Tarifa still looks unbelievably beautiful with warm clear waters and gorgeous long white sandy beaches even with all this wind. The dominating winds at Tarifa are the Poniente (Westerly wind from the Atlantic), which blows mainly during autumn and spring and the Levante (Easterly wind from Africa), mainly during summer between April to August.

Tarifa, wind capital of Europe… damn, they got its name right!

The wind conditions were incredibly extraordinary… Well, I have no words to explain to you how surprised I and the other riders were. It made the situation even more challenging for me. I have never ridden in such wind conditions before, and this was a rare situation during all my years competing internationally.

The judges’ expectation from the riders to reach the final score was a mix of both disciplines: the freestyle and some big air elements. The judges’ criteria were to find the one rider who could complete all disciplines and adapt to any conditions. There was a new mix format- 7 trick attempts, best 4 countings (2 freestyle moves and 2 big air moves). At the start of the second day, the strong wind conditions were above the expectation of the organising committee, and the judges applied new rules to adapt to the dominating Levante. It was now 1 freestyle and 3 big air tricks. But the conditions became extreme, and the winds gusted beyond measure with 50 + knots which made the judges decide to move purely to big air for the following heats. Basically, in big air, you have to jump high and far. That is totally understandable due to the conditions, even though it is a freestyle competition.

Tarifa has got me out of my comfort zone. I was ranked 9th, and I’m pretty happy as 1 year ago, I would have never been ranked at this position. The big air is a discipline where I am progressing and which I really like. I am quite disappointed at the same time as it was big air and not my main discipline, the freestyle. The big air was definitely a challenge for me.

Relax, relax; I am not getting my morals down. I am in Greece at the moment and training to get back on the battlefield for the next event of the GKA, which will be held in Brazil. 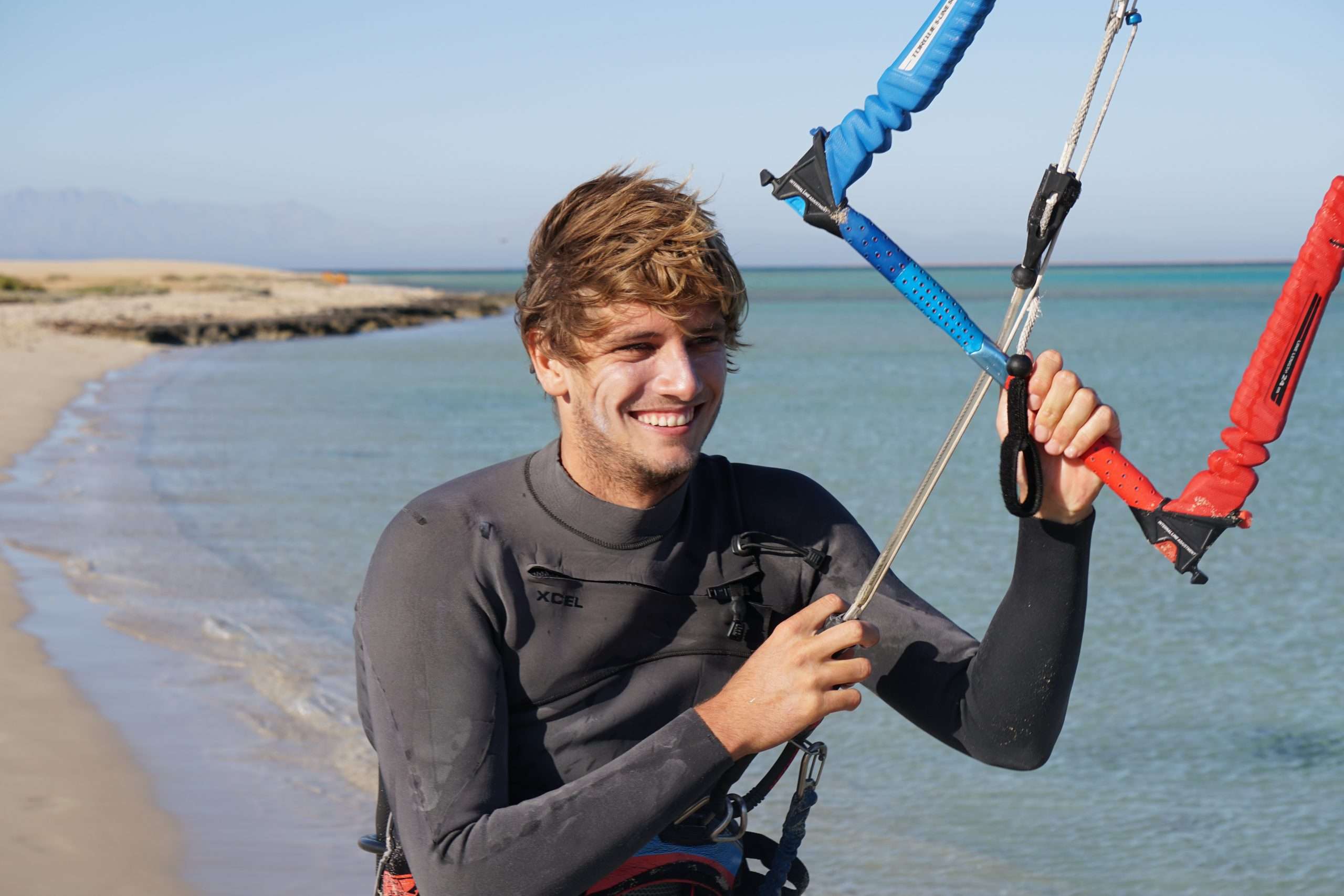 I use cookies on my website to give you the most relevant experience by remembering your preferences and repeat visits. By clicking “Accept”, you consent to the use of ALL the cookies.
Cookie settingsACCEPT
Manage consent

This website uses cookies to improve your experience while you navigate through the website. Out of these, the cookies that are categorized as necessary are stored on your browser as they are essential for the working of basic functionalities of the website. We also use third-party cookies that help us analyze and understand how you use this website. These cookies will be stored in your browser only with your consent. You also have the option to opt-out of these cookies. But opting out of some of these cookies may affect your browsing experience.
Necessary Always Enabled
Necessary cookies are absolutely essential for the website to function properly. These cookies ensure basic functionalities and security features of the website, anonymously.
Functional
Functional cookies help to perform certain functionalities like sharing the content of the website on social media platforms, collect feedbacks, and other third-party features.
Performance
Performance cookies are used to understand and analyze the key performance indexes of the website which helps in delivering a better user experience for the visitors.
Analytics
Analytical cookies are used to understand how visitors interact with the website. These cookies help provide information on metrics the number of visitors, bounce rate, traffic source, etc.
Advertisement
Advertisement cookies are used to provide visitors with relevant ads and marketing campaigns. These cookies track visitors across websites and collect information to provide customized ads.
Others
Other uncategorized cookies are those that are being analyzed and have not been classified into a category as yet.
SAVE & ACCEPT